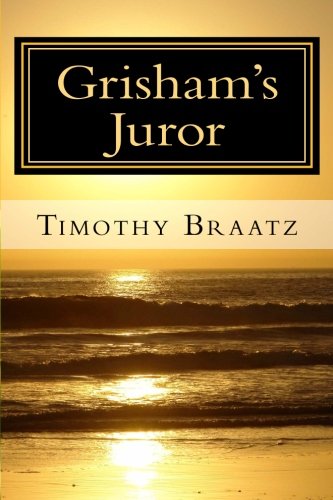 When high school math teacher Guillam Fletcher finds his summer vacation interrupted by unwanted jury duty, he looks to John Grisham novels for guidance and soon is imagining a conspiracy at every turn. His search for the big money connection between a gang-related murder and a mysterious defense attorney becomes a personal journey into the luxuries and laments of life in an Orange County beach town. GRISHAM’S JUROR is set in Laguna Beach, California. Fletcher’s girlfriend, Marissa, insists the accused murderer—a black man faced with a white jury—is innocent. When Fletcher discovers that the husband of Marissa’s favorite client is funding the defense counsel, he cannot believe it is mere coincidence. By day, Fletcher plays court jester, flirting with fellow jurors and contempt of court while trying to see justice served. At night, he and Pete, a fellow teacher and prankster, investigate the shadowy financial arrangement, trespassing their way into the dinner parties and hot tubs of upscale Laguna. Marissa’s growing ambivalence, Pete’s near-death accident, and the unexpected twists of jury deliberation provoke Fletcher into an examination of his own complacent existence. He surfs with dolphins; critiques local artists, breast implants, gated communities, bumper stickers, and John Grisham novels; and spends too much time in traffic. In a final escapade, Fletcher and Pete venture into the rough neighborhoods of Los Angeles to find answers, then scurry back behind the “Orange Curtain.”